How Flying Fox Valley got its name

You are here:
Canungra History 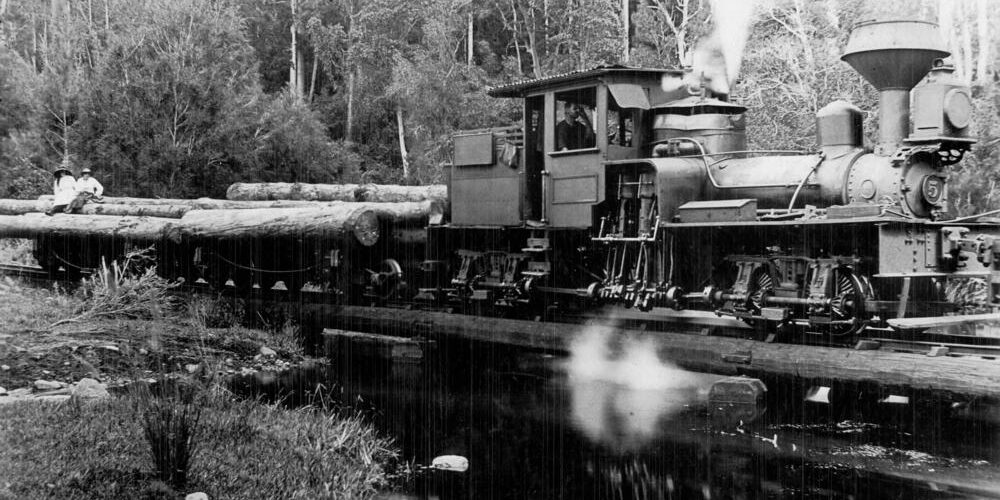 As I was born and grew up in Canungra, I am a genuine local to the area; my grandparents were among one of the first original settlers who came to Little Flying Fox Valley in 1935 to settle in the district and begin their life as dairy farmers. This was the same year the Canungra sawmill closed for the final time after almost 50 years of operation.

Beginning in 1884 Lahey’s Timber Sawmill in Canungra went through numerous successes and trials including a fire destroying the mill in 1897. However the Lahey family had rebuilt and installed electric log hauling equipment by 1910. To help transport timber to the sawmill Lahey built tramways, eventually building 26.5km made up of main lines and branches.

As the need for timber increased there was a need to expand the areas where they were logging. Tramways were built into the Pine creek area and then further out to what is now known as Flying fox Valley. When the timber loggers started to venture further out, the steepness of the hills started to impact transporting the timber. They often used bullock teams to move the timber down from the high country.

After a trip to the US in 1913 Lahey returned with a new idea and equipment. This is when Lahey decided to use an aerial rope-way, an electrical logging winch and a powerhouse to move the logs. This ‘flying fox’ apparatus was situated on Flying Fox creek and after the logs were attached to the wire cable they were sent off downhill to an area that was called the Aerial where it was loaded for transport to the mill.

While the electrical logging winch and accompanying powerhouse was the first of its kind in Australia, it did not prove to be economical and was moved back to the sawmill and repurposed.

Today there are remnants of Lahey’s timber Sawmill and its tramways that you can still see. You can visit and walk through Lahey’s tunnel today and still see scars of where some of the logs gouged into the walls of the tunnel walls as the logs were brought through it. There was one instance where a locomotive became stuck in the tunnel because a log it was carrying was too big to fit through the tunnel. We have always wondered if it was the Shay locomotive.